Dr. Mahnaz Moazami is an Associate Research Scholar at Columbia University.  She studied at the Sorbonne University in Paris where she earned her DEA degree in a joint program in Comparative Anthropology of Religions (Africa, America, Mediterranean, Far East), and her PhD in History of Religions.

She has held post-doctoral research fellowships at Harvard and Yale universities, and has taught courses at the Bernard Revel Graduate School of Jewish Studies of Yeshiva University and at Columbia’s Department of Religion.

Her research focuses on history, languages, and religions of ancient Iran. She has written several articles and essays on different aspects of Zoroastrianism.

Her books include Wrestling with the Demons of the Pahlavi Widēwdād, a major source for the understanding of Zoroastrian purification laws (Brill 2014);Zoroastrianism: A Collection of Articles from the Encyclopædia Iranica(EIF 2016); and Laws of Ritual Purity: Zand ī Fragard ī Jud-Dēw-Dād, a commentary on the Pahlavi Widēwdād that provides an account of several developments in Sasanian intellectual life in the sixth century(Brill 2021). 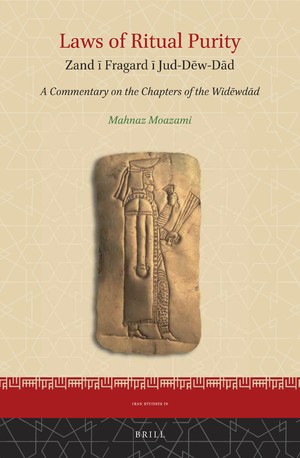